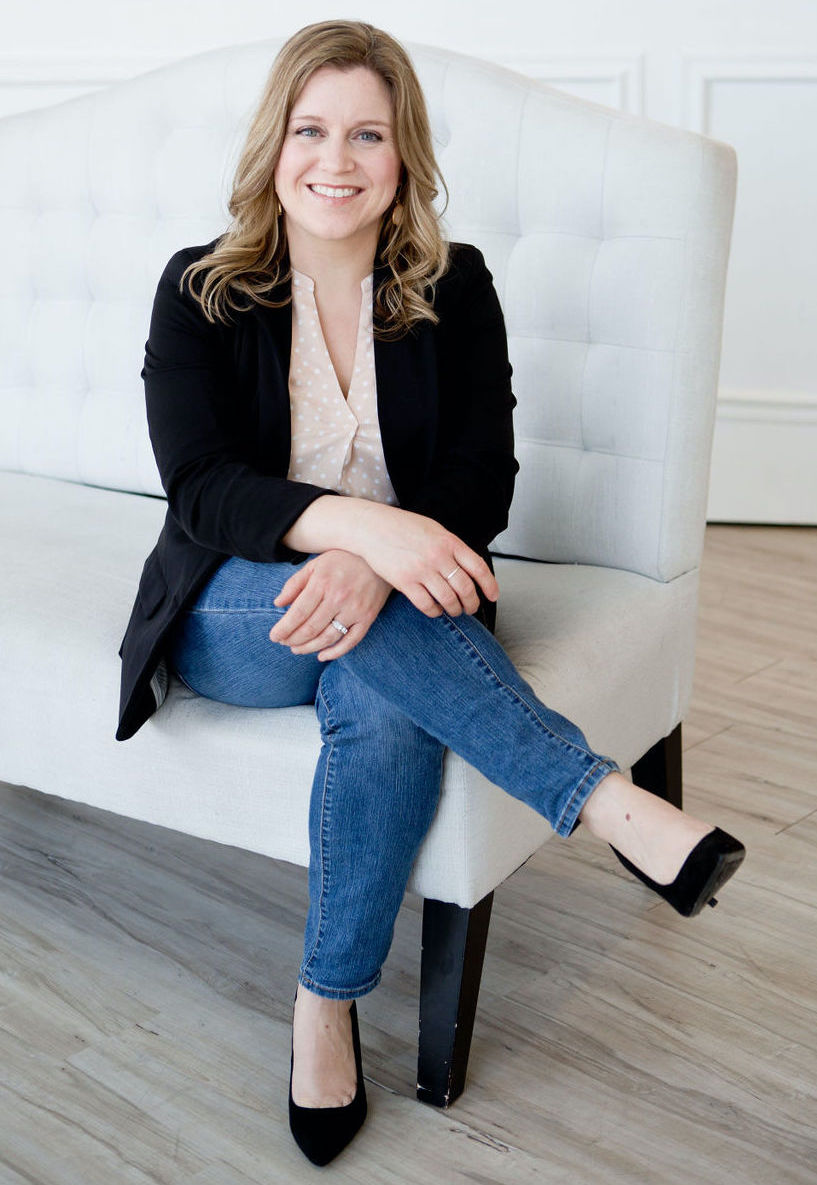 In January 2013, Hallie Rogers was sitting on the floor with her 4-month-old and 20-month-old daughters, crying. The tears wouldn’t stop.

“I was worried my kids were going to remember me as a mom who was sad all the time,” says Hallie, a postpartum doula and lactation counselor (pictured). “I later realized I wasn’t just sad. I was depressed. But I wasn’t talking to anyone. I wasn’t able to access what I needed.”

“No mom should have to feel the way I felt,” says Hallie, now a mom of four. By becoming a postpartum support professional, the former high school English teacher began offering support to new parents during their first days, weeks and months at home.

Natalie, mom to two girls, ages three and one, called upon Hallie after the birth of their second in 2019.

“There is so much focus on the baby that moms are often forgotten,” Natalie says. “Getting help — whether it’s therapy, medication or support from a postpartum doula — is the best thing you can do for yourself and your baby. If you’re not doing well, the baby won’t do well.”

Natalie says that call for help is often the hardest, but also the most crucial part of the healing process. “My sister encour- aged me to reach out to my doctor,” she says. “I called my OBGYN office and simply said, ‘I don’t think I’m doing okay.’”

While Natalie created a plan with her doctor, Hallie and her team of post- partum doulas encircled her. The team, which has expanded to a staff of 20, offers newborn education and breastfeeding support as well as care for new parents. As personal caregivers, Hallie’s team has been able to continue their mission throughout the pandemic.

“We make sure parents get a nap and a shower or bath,” Hallie says, noting that during their 4-hour daytime visits, they also prep meals and pick up groceries. “We love loving on new moms through food. When a soup is simmering on the stove, it makes the whole house smell — and feel — good.”

While homemade chicken wild rice soup is good for the soul, a good night’s sleep is good for mental health. For that reason, Better Beginnings also offers nighttime support. “Humans can’t actually form memories if we don’t get at least four hours of uninterrupted sleep,” Hallie says. “And mental health really starts suffering when we’re getting less than five to six hours of sleep.”

Macey Reynolds took advantage of that nighttime support, hiring a night nurse to ensure she and her husband could rely on a few stretches of continuous rest. Following the birth of their third child, Macey says she was in a fog.

“I just wanted to feel normal and like myself again,” Macey says. “I had an amazing husband, three beautiful kids and supportive friends. Yet, the anxiety felt like quicksand yanking me away from the present.”

Macey says her faith, prayer and support from other moms lifted her — and ultimately lifted the fog, too.

Hallie says it’s not uncommon for second- or third-time moms to experience depression or anxiety. While help floods in for first-time moms, often there’s little support when subsequent children come along.

“Our society expects women to transition into motherhood pretty much on their own,” Hallie says. “While some of us have sisters, mothers or mothers-in-law who can step in and help for an extended period of time, most of us don’t have a village or support like that.”

“Creating new tools for coping and ways of thinking takes energy. And during a significant life change, like welcoming home a baby, new moms often don’t have the energy to do anything extra,” Dr. Soucheray says. She suggests making things as predictable and systematic as possible. “Ask a friend to set up a meal train. Nap when the baby naps. Schedule a virtual therapy session. Journal. You don’t have to be Wonder Woman.”

Natalie echoes that. “Don’t be a hero. Don’t think you can just power through this.”

Hallie says that while postpartum depression anxiety is common, it’s not normal. She calls out a few signs she looks for while she’s helping moms: inability to sleep or an excessive amount of sleep, extreme irritability and/or tears, rage or hard-to-control anger, and lack of joy or connectedness to Baby.

If these signs appear, Hallie suggests therapy, medication and exercise as ways to start healing.

“Postpartum depression is a chemical imbalance. If someone has diabetes, insulin is prescribed. For asthma, it’s an inhaler,” Hallie explains. “For postpartum depression, medication is often necessary. That shouldn’t be linked with shame.”

For Macey, healing began with fresh air, worship music and group fitness classes at her gym. For Natalie, restoration came through rest and sleep.

For new moms struggling, here’s a distanced air-hug. And a reminder. “This isn’t going to last forever,” Macey says. “You will feel normal again. You will come back to yourself.”

Maggie Sonnek is a wife, mom to three, and writer. Having struggled with postpartum depression and anxiety after their third was born, she appreciates these women who are bravely sharing their own journeys.