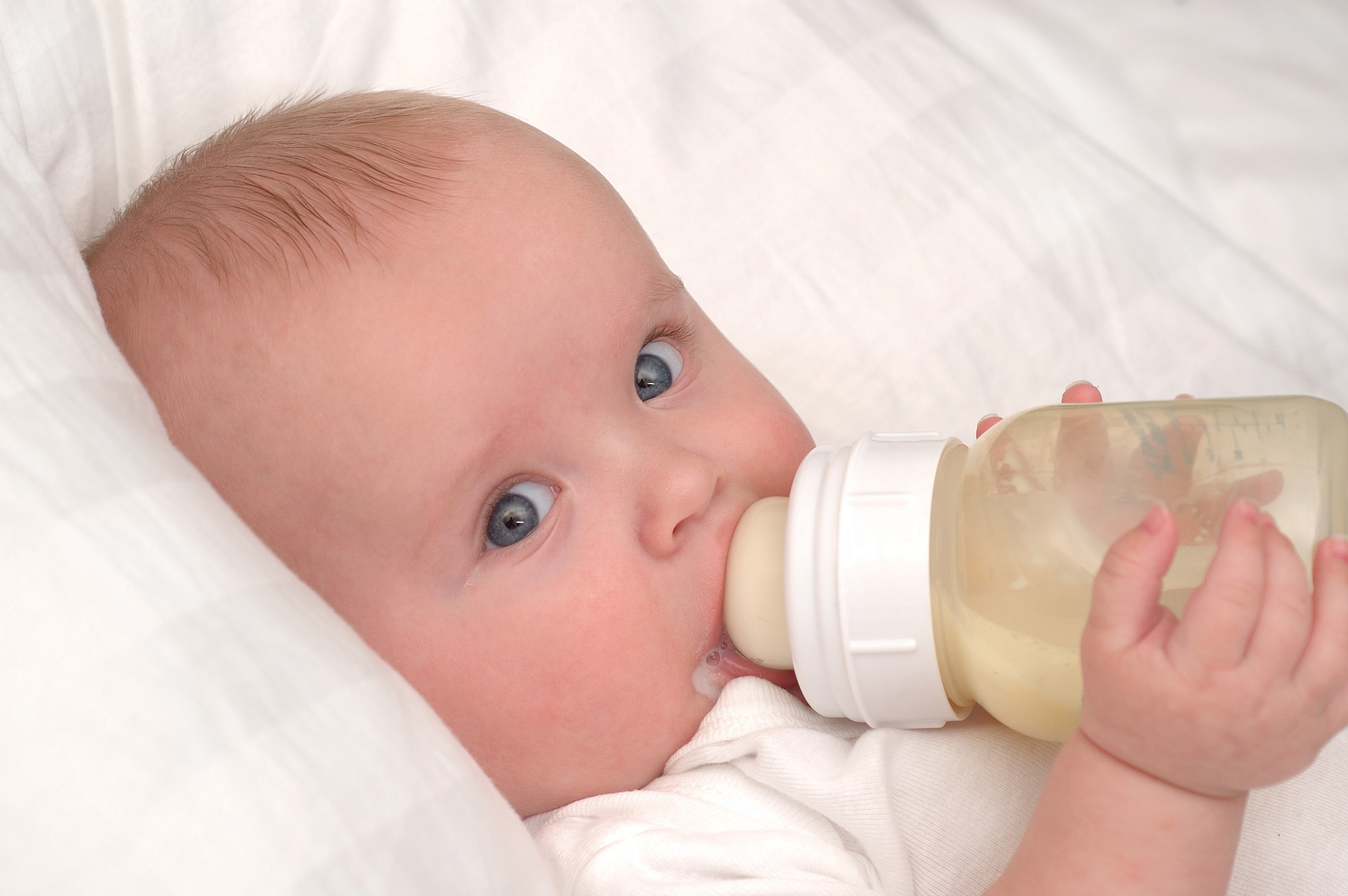 When Betsy Batista found out she had cancer in 2014, the diagnosis was especially difficult as it meant she had to stop breastfeeding her 4-month-old daughter so that she could undergo chemotherapy.

“I was devastated,” the St. Louis Park mom said.

That’s when Batista’s doula told her about the possibility of donated milk: Mothers pump excess breast milk to be used in cases of health complications, adoption, the mother’s death, breast-reduction surgery or low supply.

For preemie babies in the hospital, the cost of breast milk, if it’s available, is covered by insurance or can be rolled into the cost of their care.

In most other situations, however, parents are on their own.

Batista’s baby was taking in 30 to 40 ounces of milk every day. At up to $6 an ounce from a milk bank, breast milk was prohibitively expensive.

Instead, Batista turned to a little-known network of local mothers who offered her excess milk — for free.

She reached out online through the Human Milk 4 Human Babies Facebook page to share her story and seek milk donations.

For the next eight months, she and her husband, DanMichael Batista, balanced the logistics of picking up, storing and preparing breast milk from other mothers to feed their growing daughter.

“I have no judgment either way, if someone wants to breastfeed or use formula,” Batista said. “I personally felt strongly about breastfeeding her for one year, and I was physically unable to provide that milk myself. Other people were. It was a huge blessing.”

Nicole Stecker, 38, the doula who introduced Batista to milk donation, became a donation recipient herself after breast-reduction surgery.

“Some moms are blessed with an oversupply, and they don’t know what to do with it. They just dump it down the drain. I’m so passionate about educating people that donation is an option,” said Stecker, a certified birth doula, Lamaze-certified childbirth educator and certified lactation counselor.

“I’ve had 10 milk mamas, as we call them,” said Stecker, a 38-year-old Minneapolis mother of three, who is also pursuing her master’s degree in nursing. “They feel so happy to be able to give to another baby.”

After having some initial doubts, Stecker’s husband, Dan, 39, is now a staunch supporter of milk donation.

“It worked out really well,” he said. “It’s definitely different, but it’s important. It was an educated, informed decision.”

“Formula does not contain the living organisms that breast milk does, nor does it include any of the necessary growth factors, hormones or immunological components of human milk,” said Mark Spitzack, who coordinates perinatal and pediatric support projects at the University of Minnesota Masonic Children’s Hospital.

The hospital is the first in the Twin Cities (and one of just 170 in the country) to receive a designation from the Baby-Friendly Hospital Initiative, a global program to encourage breastfeeding in hospitals and beyond.

Spitzack said formula, which is made from cow’s milk, can be hard on preemies’ stomachs.

“They especially benefit from human milk,” Spitzack said. “The more I learn about breast milk, the more moved I am by its power to nurture and heal these fragile little ones. It’s liquid gold for those preemies. It’s magic.”

The University of Minnesota Medical Center used to run a milk-donation program, which started back in 2006, but financial, logistical and contractual challenges prevented the program from continuing.

Both organizations are part of the Human Milk Banking Association of North America.

Unlike milk sharing — a grassroots movement among mothers to share their bounty — milk banking is a more formal process.

Parents who want to obtain pasteurized milk for their own babies can contact the Human Milk Banking Association to see if one of its member milk banks has some available for a fee, Spitzack said.

Milk banks screen donors and test for bacteria and other pathogens in milk, which is pasteurized or sterilized. The risk of disease transmission is low, but bacteria could be present in donated milk, Spitzack said.

Alcohol, caffeine and certain prescription drugs can enter breast milk, so it’s important to know what donors are using.

In informal milk sharing between individuals, there’s some evidence that free milk (versus milk for a price, especially a high price) can reduce the risk of low-quality milk. (As a courtesy, however, recipients often offer to replace the expensive bags milk is stored in.)

To lessen the risks associated with informal milk sharing, recipients of donated milk can request medical testing from potential donors and ask about lifestyle, medications and pumping habits.

Batista felt secure with her choice since all her milk-sharing donors were forthright in sharing their health information, she said.

Stecker points out that her donor, a NICU nurse, feeds her own baby with the same milk that she donates.

Stecker’s pediatrician is supportive and believes that the benefits of breast milk outweigh any potential risks. 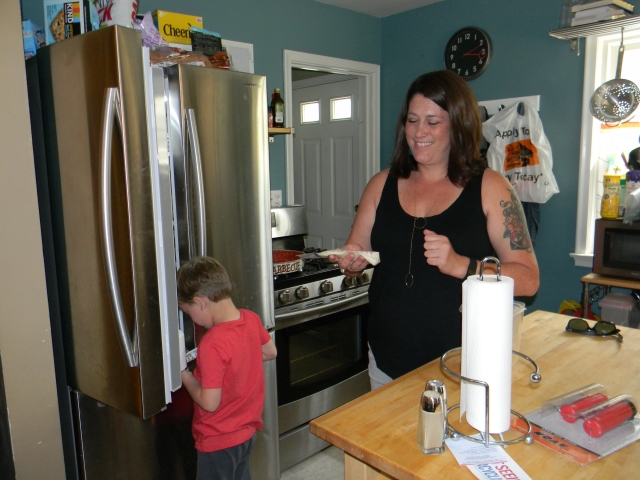 For Megan Tardiff of Minneapolis, age 41, having a personal connection with her donor helped ease her concerns.

Her main donor, 33-year-old Anna Chang of St. Paul, had an oversupply of milk for her 3-pound baby after a C-section delivery.

The women had met in prenatal yoga classes and both had received care at Health Foundations Family Health & Birth Center in St. Paul, which also happens to run Mama Latte, a breast-milk donation center.

The pair bonded over their new babies and milk sharing, and their friendship has far outlasted their six-month milk-sharing arrangement.

Their sons are now 3½, and the women are still close.

“We needed to find each other, and we did,” Tardiff said. “I think that’s one of the pieces that came out of this — to see how mamas rally around other mamas. I have a new tribe.”

In Minnesota and nationwide, there’s a shortage of milk donors. The high cost of milk at milk banks is due in part to its scarcity.

An estimated 4 percent of the need for human donor milk is being met in the U.S., Spitzack said.

As far as free donations go, it’s like “piranhas” out there, Stecker said of the competition for donated milk: “Everyone is begging for milk. It’s so sad.”

Chang said donating surplus milk had special benefits for her: It gave her a welcome outlet in a difficult post-partum time.

“It helped me contribute to the outside world, which I needed,” she said.

Spitzack said some families have a “yuck-factor” reaction when they first hear about the trend of using donated milk.

“The funny thing is we don’t hesitate to give babies milk from cows,” he said. “We’re the only species that routinely gives milk from another species to our young. When a cat feeds an orphan squirrel, it makes the news.”

Hard work, but worth it

Batista, now 29, celebrated two milestone accomplishments this year — the end of cancer treatment and, through the “sheer generosity” of informal milk-sharing donors, getting her baby to 12 months old exclusively on breast milk.

“I want others to know that this is an option. It is possible. It’s hard work, but it’s worth it,” she said.

Batista shares her message of gratitude to donors and potential donors: “You can be such a blessing in somebody’s life. These women fed my baby when I couldn’t. It can feel like a failure to not be able to feed your own baby.

“(Milk donation) made me feel like I was doing right by her.”

Abbie Burgess is a Twin Cities freelance writer. Check out her lifestyle blog at thepinkpaperdoll.com.