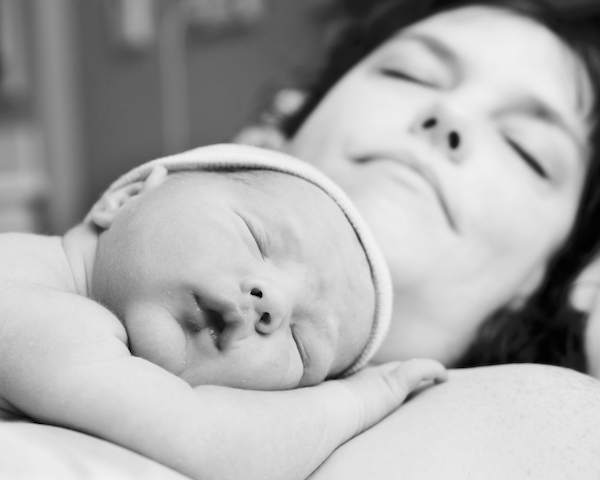 Most women prepare for childbirth fervently. The Birth Plan has been en vogue for over a decade now and might include — among other things — the doula’s name, preferred interventions (if any), which Grandmas are allowed on the scene (if any) and where, precisely, the partner will be positioned (ahem) as the baby is crowning.

The Birth Plan might be laminated. It might have hearts doodled along the margins in bright red, cherry-scented marking pen. It might be massive, in a binder, with organized tabs and a phone list — in case of emergency.

She will practice prenatal yoga in hopes of an easier delivery via juicy hips, an expressive cervix and a malleable pelvis, not to mention that victorious breath.

For birth, we prepare. And prepare some more.

We pack a bag, devour books, phone a friend.

Truth be told, birth will happen how it will happen, no matter how much we plan.

The only thing we can “expect” is the unexpected and the involuntary response to 40 weeks of gestation (or fewer).

What we don’t plan for, what is hard to picture — perhaps because it’s so extraordinary — is the first seconds, minutes, hours and days of Baby’s life.

These moments, in the end, are many times over more important than the mix CD you will create for labor, than the decision to embrace or vehemently shun the epidural.

Luckily, babies are kind, and forgiving of crudely taped diapers.

They are born to love you and don’t care if you sing off key.

What they want and need — above all — is to be held close, especially throughout the first hour immediately following birth.

Some call it The Magical Hour, while most refer to it as The Golden Hour.

The idea is simple — minimal separation between Mom and Baby — literally, physically, emotionally.

The baby, after birth, is placed skin-to-skin on the mother’s chest — no diaper and only light blankets.

“The Golden Hour is AAP recommended,” said Hannah Kull, a nurse practitioner at Children’s Minnesota West St. Paul Clinic. “This is for healthy babies. If Baby is in distress, the medical procedures have to happen first. However, even after a C-section, if Baby is doing OK, they can go straight to Mom after a quick assessment.”

The Golden Hour dovetails well with the trend of an increasing number hospitals advocating for more baby-friendly practices, designed to encourage breastfeeding.

Jessica Wicks Hughes, a registered nurse and International Board Certified Lactation Consultant at St. Joseph’s Hospital in St. Paul said: “We’ve been getting mamas close to their babies in the OR for quite some time. As providers, we know that newborns placed skin-to-skin with their mothers after birth are warmer, calmer and more likely to breastfeed in that first hour of life.”

Mom herself can hold her newborn while receiving sutures or delivering the placenta.

In fact, holding her baby will provide analgesic aid and a sense of calm through any discomfort caused by both natural and medical functions after birth.

Some hospitals have a name for a family-focused surgery-assisted birth — the “gentle C-section,” which might include viewing the birth through a clear plastic drape and a high priority placed on immediate skin-to-skin contact after birth.

When Jess Lahman of Parkers Prairie delivered her twins by Cesarean at 34 weeks (pictured above), the curtain was dropped for a time and she was even allowed to help pull her babies into the world along with her husband, Ryan and her then-11-year-old daughter, Callista, at her side.

Immediate skin-to-skin time with her boys was limited due to their medical needs as preterm babies, but she was grateful for her more active role in their birth, which took place at Lakewood Health System’s Hospital in Staples.

“It really was an experience like none I’ve ever had before,” Lahman said. “I wish more parents to be knew it was an option.”

She appreciated that her arms never needed to be tethered to the table and her husband was never asked to leave her side.

“Everyone became family in that room,” she said. “I got to feel my boys take their first breaths under my hands, I got to feel their fists tightly grasp thumb as we were still connected. They weren’t just whisked away in a sterile fury. Even though it was a C-section delivery, I was still able to have ‘that moment’ with each of my boys. I’m infinitely grateful it was a priority.”

Another benefit of prioritizing The Golden Hour is a chance to witness one of nature’s greatest miracles known as The Breast Crawl.

Basically, if an infant is left to relax, skin-on-skin, on Mom’s abdomen, the child will eventually wriggle, inch and crawl to the breast all on his or her own.

It was first described in 1987 at the Karolinska Institute in Sweden:

“Immediately after birth the child was dried and laid on the mother’s chest. … After 15 minutes of comparative inactivity, spontaneous sucking and rooting movements occurred, reaching maximal intensity at 45 minutes. The first hand-to-mouth movement was observed at a mean of 34 minutes after birth. And, at 55 minutes, the infant spontaneously found the nipple and started to suckle.”

The Breast Crawl is featured in many articles as well as photos and videos celebrating this awesome, instinctual phenomenon.

It’s really something to behold. Google it or go to breastcrawl.org.

Hannah Riederer’s twin sons, Judah and Levi, were born 49 minutes apart. As soon as they were reunited on their mother’s chest for skin-on-skin time, “they reached for each other and held hands in that first moment together in the outside world,” Riederer said. “One of the nurses wrote me that she would never forget that.”

The Golden Hour offers immediate connection between mother and child has many biological and emotional benefits.

But above all it offers a smooth transition from the womb.

“If you think about it, it makes sense.

The mother’s environment is all the baby knows and being skin-to-skin helps regulate all the baby’s systems and gives him a cozy, familiar place from which to experience life on the outside,” said Aly Folin, a Certified Professional Midwife and licensed midwife at North Star Midwifery in Minneapolis and St. Paul.

The baby is wired to transition in precisely this way and, after the initial shock of birth, will be quiet and alert — intently gazing at the mother.

When the Golden Hour is practiced, the newborn will likely initiate breastfeeding on her own, which signals the breasts to begin making milk and maximizes overall breastfeeding success.

According to birth experts, other benefits of practicing the Golden Hour protocol include:

“It’s important to talk with family and friends beforehand about the importance of this time,” Kull said. “Many grandparents aren’t used to this concept, especially with the first grandchild. Discuss and process before going into to labor — that the parents will take this time with the baby before any visitors come in. You should be able to take this time without feeling bad about it.”

Our experience wasn’t so golden. Now what?

OK. This is all wonderful, proven, intuitive, well-intentioned information.

But what if the Golden Hour doesn’t happen? What if the baby is in distress? Early? NICU bound? What if Mom is under full anesthesia from a last minute emergency C-section? Will these moms and babies forever suffer a lesser bond? Can they still successfully breastfeed? Go to college? Lead happy and healthy lives?

In short, of course they can. All of the above and then some.

While experts will call the Golden Hour “crucial,” this can be a disservice to new mothers who are, quite frankly, already way too hard on themselves.

Babies are resilient. Families begin in a myriad of ways.

The Golden Hour is wonderful, but not the only factor in terms of development, bonding, health and success.

Though there may be some challenges brought about by a delay in bonding — namely emotional strife and regret in the mother and perhaps some difficulty establishing breastfeeding — these are far from impossible to overcome.

And guess what? You can make up for lost time.

If you’re unable to do so immediately after birth, you’re encouraged to claim your Golden Hour as soon as you can — uninterrupted, skin-on-skin, quiet, alert.

Jen Wittes lives in St. Paul and is a mother of two. She’s helped many Twin Cities families in her work as a postpartum doula. Write her at [email protected].