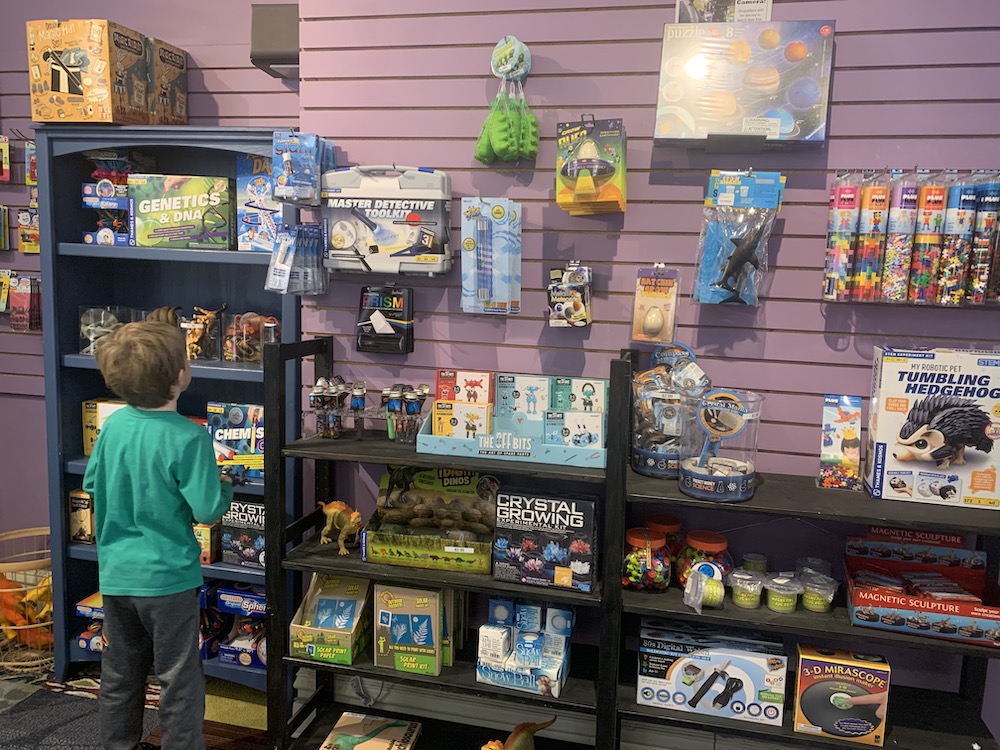 So what are you having?

If you’ve ever been pregnant, you know exactly what this question means. The asker is not wondering what you’re having for lunch. They want to know if the baby growing inside of you is going to be born biologically male or biologically female.

A perfectly innocent and socially acceptable question, to be sure. But as soon as you answer it, assumptions immediately start to form about who your unborn child is going to be, what toys and activities they are going to like and even what they will be when they grow up.

Of course, you could decide not to find out the sex of your baby, or keep it a secret until birth. But that doesn’t mean people will keep their gender-influenced thoughts to themselves.

“People had a really hard time when we didn’t find out the sex of our baby,” remembers Michael Butchko, a psychologist and father of two who lives in Blaine. “They would ask, ‘How do I know what to get them?’”

Despite strides being made against traditional gender norms (the share of mothers as breadwinners has more than doubled since 1967) and growing acceptance of gender as a spectrum (“they” as a singular pronoun was Merriam-Webster’s 2019 word of the year), we still live in a “boy and girl” world. Dolls, tea parties and the color pink are associated with one sex, and trucks, superheroes and blue with another.

But why? Is there something about girls that makes them go gaga for princesses? Are boys born to love football and dinosaurs? While these questions aren’t new, they are worthy of regular examination. And the answers can have lasting effects on who our children grow up to be.

When it comes to behavior and interests, there are a few innate differences between boys and girls. Several studies have shown that kids as young as 12 months play with toys differently, including making gender-typed toy selections, and that these choices can have long-term consequences. For example, traditional girl toys have been found to elicit nurturing, proximity and role play, and traditional boy toys encourage higher mobility, activity and manipulative play.

Other research has uncovered differences in how boys and girls solve conflict, and that boys engage in more “rough and tumble” play, while girls show more close friendships. However, while all of this is true on average, on an individual level, variability within the sexes is often greater than between them.

Take Vivienne, for example. After being dressed in ruffles and bows since birth, around the age of 2, she decided this look wasn’t for her. And it wasn’t just the clothes; running, playing sports and archery were much more appealing to her than sitting inside and playing with dolls.

And then there’s Carter. An animated and enthusiastic 5-year-old boy, he loves to play dress up and put on shows. When he’s pretending to be Elsa or playing “Just Dance” on Nintendo Wii, he’ll put a shirt or pajama pants on his head to mimic long hair.

“He sees that he’s playing this role,” says his mom Amy Seeman, a fashion stylist who lives in Maple Grove. “The hair adds to the drama of his dance movements and completes the look of the costumes.”

Now 4, Vivienne is becoming more aware of others’ expectations about what she should like. When she dressed up as the Hulk for Halloween last year, “Some of the kids said, ‘Look, there’s a girl Hulk, girls can’t be Hulk.’ She had no idea why people would say that,” her mom, Whitney Determan of Centerville, recalls.

Seeman has had similar experiences when Carter wears his “hair” in public. “It does draw attention and people are quick to compliment his hat, to which we politely respond that it’s actually his hair,” she says. “I think there’s an opportunity to acknowledge a child’s creativity without making assumptions.”

A girl Hulk and a boy Elsa fall outside of our traditional understanding of gender, which is constantly reinforced by the movies we watch, the toys we buy and the things we say around our kids. Butchko, who works as a psychologist at The Emily Program, has done a lot of research on these norms, and how media and toys play into them.

One of his focuses is toxic masculinity, which rewards boys for taking charge, not showing emotion and being aggressive and tough. For boys, “Anything that would be deemed to be ‘sissy’ is very frowned upon,” he says, adding that the cultural script that boys are expected to follow says “we can’t hug other boys or tell them that we love them,” which can lead to expressing emotion in physical and sometimes violent ways.

In his work treating people with eating disorders, he finds that dolls with super-thin waists and action figures with impossibly large biceps can factor into common disorders including anorexia, bulimia and muscle dysmorphia for people with other psychosocial risk factors.

“There are a lot of positive traits and values that we can find in superheroes, but it’s also [about] the visual imagery,” he says. “Our kids are attaching all of that to appearance.”

Girls are given greater permission to step across the invisible gender line and do things like play sports, have short hair and become doctors and CEOs. But both sexes can face social consequences if they take it too far.

“What we’re finding is there are many components to gender and it’s much more complex than two boxes,” says Jenifer McGuire, an associate professor in Family Social Science at the University of Minnesota, specializing in gender identity and family relationships. “There’s been some acceptance that some people don’t fit, but the recognition of the boxes as problematic is not there.”

These boxes are especially dangerous for people who are nonbinary or transgender. Kids who fall outside of this binary feel it from a very young age. If your son says he’s not a boy or your daughter says she’s not a girl, “listen to them and tell your pediatrician about it,” McGuire says.

Toys that break the mold

The Toy Association, a national trade group that presents the Toy of the Year Awards, discontinued the “Boy Toy of the Year” and “Girl Toy of the Year” categories in 2017. Minneapolis-based Target made waves when, after public outcry, it removed boy and girl signage and blue and pink shelf liners from its toy aisles in 2015.

But merchandising of toys and other products is still very gendered, with dolls and ponies in pink and purple packaging in one aisle, and Nerf guns and Hot Wheels in another. On a recent trip to Target in St. Paul, the kids birthday card aisle still donned “For Girls” and “For Boys” signs.

“What I would love to see is a commercial of a boy playing with Barbies, and he grows up to be an amazing stay-at-home dad so his wife can pursue her career, or an actor or dancer on Broadway,” says Seeman. “Kids want to see someone like them wherever they look. There’s an opportunity in some of the marketing for sure.”

On St. Paul’s Grand Avenue, Mischief toy store is growing its selection for younger kids after the closure of its neighbor, Creative Kidstuff. As an independent small business, Mischief specializes in offering personal recommendations to every customer that walks in the door. And those recommendations are never gender-specific.

“We encourage the right toy for the right kid,” said manager Abby Adelsheim- Marshall. “We don’t categorize our toys by gender. We try to get toys that are as open as possible and give kids a lot of choices.”

If you’re looking for Barbie, Lego or Paw Patrol, you won’t find them here. What you will find are toys that encourage creativity, problem solving and inventive play, like The Offbits design-your-own robot kits, Plus-Plus building sets and Hey Clay, which comes with an app to teach kids how to model bugs, monsters and other creatures out of clay.

While we can’t control everything our kids are exposed to, parents have a lot of influence in how children are introduced to and play with toys, and how to address the gender stereotypes that come with them.

“The best strategy is to have a broad range available, and to support the toys and activities that they choose,” McGuire says. “No amount of buying kids dolls or trucks is going to change how much they like those toys. It comes from within them.”

In many cases, ideas about certain toys or interests being tied to one sex or another come from adults, not kids. “We don’t say boy vs. girl toys in our house; we say fancy or athletic or brain toys,” says Amy Seeman, reminding herself and others to be conscious of “how we are talking about this in front of our children.”

Determan, who teaches first grade, says her district (like many others in Minnesota and other states) has instituted gender sensitivity training, where teachers learn about gender norms and how to use gender-neutral language, such as calling students “kids” or “first graders” rather than boys or girls.

Even if your children do fit neatly into the boxes that society has constructed, you can teach them to be kind to those who don’t. “There’s no such thing as normal; every child is different,” says Seeman. “There’s no need to label anything at this young age. Our job is simply to build their confidence to live their best authentic lives and allow them to fully express themselves.”

Erica Wacker and her family of four live in St. Paul. Despite her best efforts, her two boys hate all things pink and glittery.