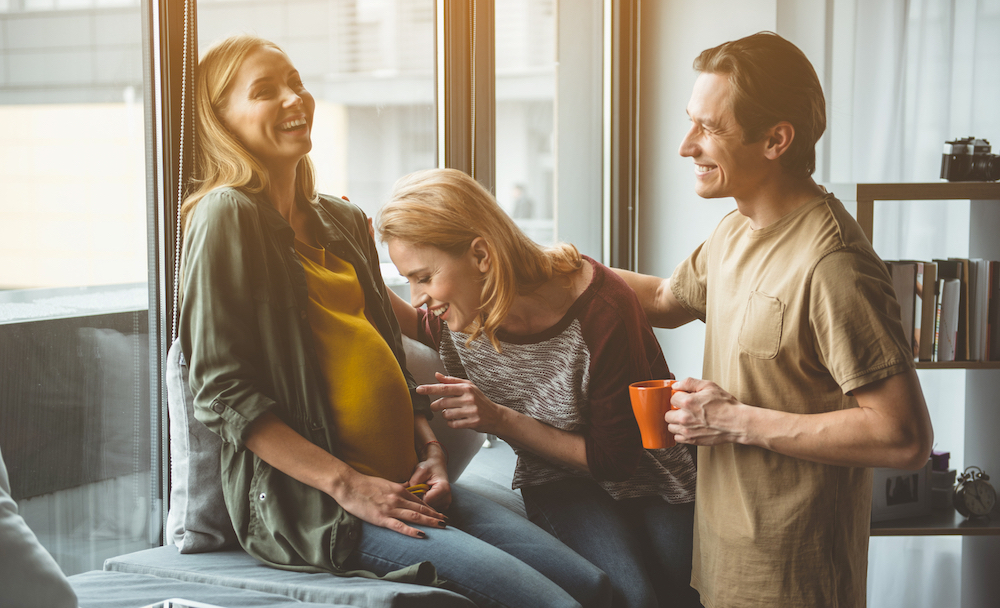 The path to parenting isn’t always easy. One in eight heterosexual couples in the U.S. have trouble building a family the old-fashioned way. LGBT and single parents-to-be need help from others to fulfill the dream of parenting.

Increasingly, people are turning to gestational surrogacy as a way to build a family.

Gestational surrogacy is a process in which a woman, called a gestational carrier or surrogate, contracts with intended parents to carry a child for them, using another woman’s eggs.

Thanks to the process of IVF (in vitro fertilization), a gestational carrier doesn’t have any genetic tie to the child and relinquishes all rights and responsibilities for the child after delivery.

“Traditional surrogacy,” which refers to a woman who donates her egg and carries a pregnancy for another, isn’t practiced by fertility clinics in Minnesota — and is deeply discouraged — due to emotional and legal factors.

At our clinic, which specializes in infertility and pregnancy loss counseling and assisted reproduction, we don’t use the term “surrogate mother,” which implies motherhood.

Gestational carriers are very clear that they’re not the mother of a child they’re carrying.

With gestational surrogacy, there’s a rigorous medical, psychological and legal process to ensure safety for all parties. It’s important to work with mental health professionals and reproductive attorneys who understand the nuances of surrogacy.

Gestational carriers often work within the protection of a surrogacy agency.

Private matches are another way that surrogates and intended parents work together. Some matches are found among personal networks and some on Internet sites and Facebook groups.

Note: It’s crucial that a gestational carrier has previously given birth, in large part so that she can provide informed consent.

Why do people chose this path?

A variety of medical problems can prevent a woman from carrying her own child to term. This could include repeated miscar- riages, cancer, lack of a uterus, chronic pain, diabetes, a prior traumatic delivery and autoimmune disorders, among others.

Surrogacy offers hope to intended parents who have often been through years of prior fertility treatment and trauma or who have been left out from the opportunity to parent.

LGBT parents-to-be often need the help of a woman who is kind enough to carry a child for someone else, as well as donor sperm, or eggs or embryos.

At our clinic, we follow the guidelines of the American Society for Reproductive Medicine, which protect intended parents and gestational carriers. Informed consent and transparency throughout the preg- nancy are key to ensuring a respectful process and a good outcome.

Intended parents have a variety of emotions about the possibility of coming home with a living baby, after years of trying: Many women and their partners grieve the loss of the pregnancy experi- ence. Grief and/or jealousy are very normal in this process.

There can also be a sense of hope and opportunity. Friendships between the surrogate and intended parents may be lifelong. Everyone is changed by the experience.

Costs for families on this path can include agency fees; legal fees; counseling fees; the cost of IVF; and the costs of health coverage and other expenses for the surrogate. Most estimates put the cost of using a gestational carrier at about $80,000-$100,000.

Minnesota is considered a surrogacy- friendly state based on case law, but there is no statute that protects it. While most surrogacy-related legal proceedings go well, there’s no guarantee. 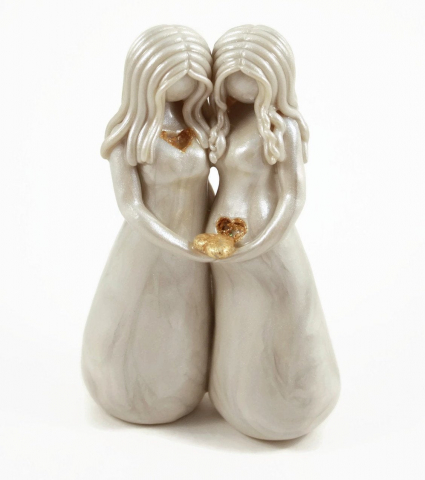 Who are gestational carriers?

pregnant, but they often don’t want to have more children. Their past pregnancies and deliveries have been easy.

These women want to serve and meet a need. They feel deeply for those who are suffering to build their families. Some women have a tenderness for LGBT parents-to-be, who face obstacles in achieving their dreams of parenting. For some, being a gestational carrier is a religious calling.

Compensated agreements are contracts in which the gestational carrier receives financial compensation for incurred expenses that come along with the process and the gestation.

In compassionate surrogacy agree- ments, the surrogate, usually a close friend or family member, offers to carry a pregnancy without fees.

Altruism is the primary motivation in good surrogacy arrangements, whether or not compensation is involved. Surrogates help people to become parents and to enjoy the blessings they’ve had with their own children.

Deborah Simmons, PhD, and Debbie Fischer, MA, are co-owners of partners (in)fertility in the Bryn Mawr neighborhood of Minneapolis and members of the American Society for Reproductive medicine. Learn more at partnersinfertility.net.