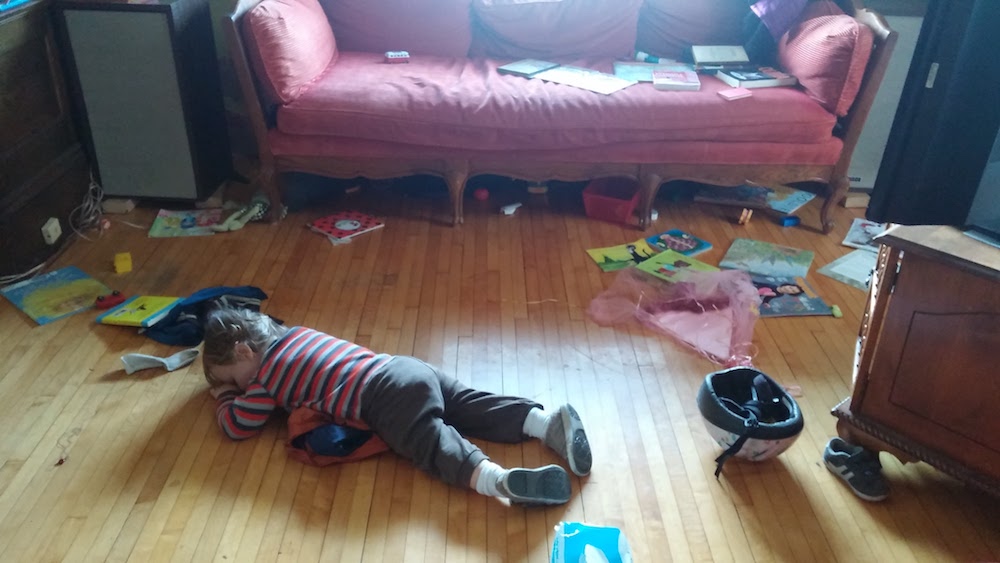 Everybody loves babies. Helpless and cute, propped up on a pillow, wearing a tiny cap that looks like a strawberry: What could be more adorable?

Take your baby out in public and you’re virtually guaranteed to encounter at least one stranger who will gush over your baby’s singular sweetness. (Exception: Going out in public with a colicky baby.)

Toddlers, on the other hand, aren’t universally beloved. In fact, we’ve developed a variety of disparaging terms to describe these little proto-adolescents (e.g. “the terrible twos,” “threenagers,” etc.).

The same grandmotherly types who ooh-ed and ahh-ed over your swaddled little bundle of joy last year become the hostile village elders who mutter things about how “parents can’t control their children these days,” while your 3-year-old turns somersaults on the filthy grocery store floor.

I will admit that toddlers can present quite a challenge. I recall the months-long battle during which Felix, my toddler son, refused to allow me to strap him into his car seat. By “refuse,” I mean he screamed and thrashed and fought me off with a wild, vicious intensity that — on more than one occasion — drew incredulous stares from passersby.

I remember the time Lydia coldly assessed me at the end of a long day during her toddlerhood, eventually remarking, “You’re stupid — you don’t speak French.” (She was attending a French-immersion daycare at the time.)

But I also remember so many magnificently life-affirming things from the toddler years — the slapstick humor, the general exuberance over everything and the ability to fall asleep anywhere and in any configuration (feet on the floor with shoulders on the couch being one my favorites).

At their best, toddlers give us a fascinating look into the process of becoming an individual. On a more basic level, they can simply be very entertaining, especially if you can forget what “other people” might think about “the scene” your child is making. Let me elaborate on some of the things that make toddlers so great. 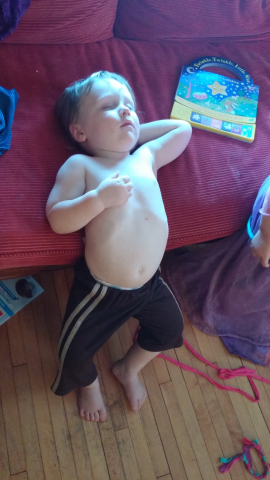 If you haven’t noticed, toddlers tend to do and say some funny things. Take, for example, the little anecdote above. (I hope most readers will understand that Lydia was making a reference to Bohemian Rhapsody and not actually confessing to a crime.) This was what I fondly remember as “Lydia’s first joke.”

Toddlers also create some of the most brilliant absurdist theater. This is why I recommend being ready to take a video at a moment’s notice. (When they’re really little, be discreet. When kids get older, they start to “perform,” and that’s not the point at all.) For example, I recently rediscovered a toddler classic, featuring Lydia, age 3, and Felix, 14 months or so.

Felix wanders around with a Lincoln Log can on his head. Lydia, offscreen, loudly declares: “I have a butt! I have a HIDEOUS butt!” Felix imitates her, echoing from within the can on his head — with hilarious results, of course. (OK, maybe you had to be there.)

They live in a fantasy world

When Lydia was a toddler, for the better part of a year we communicated as “Mama and Child.” (Lydia was Mama. I was Child.) In business-like tones, Lydia-as-Mama would say things like, “Child, please put on your shoes because it’s time to go to the grocery store,” and I’d respond by saying something like, “But, Mama, I want to go to the park!”

This kept her engaged for months. 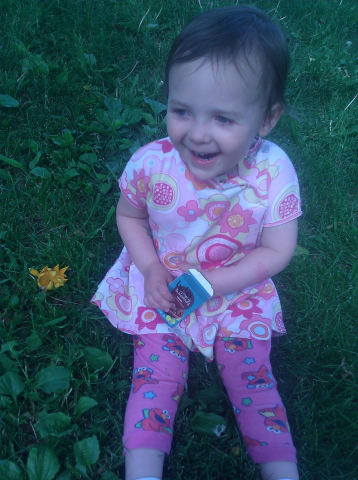 On my trip down memory lane by way of old toddler videos, I also was struck by the speed with which joy could turn to sorrow — and vice versa.

One minute toddlers are cackling uproariously; the next they’re weeping for no apparent reason. Sure, some people call this “crazy” or “irrational.” But aren’t we all, at least sometimes, teetering between states of bliss and misery?

These mystifying toddler displays of emotion are poignant reminders of our human fallibility.