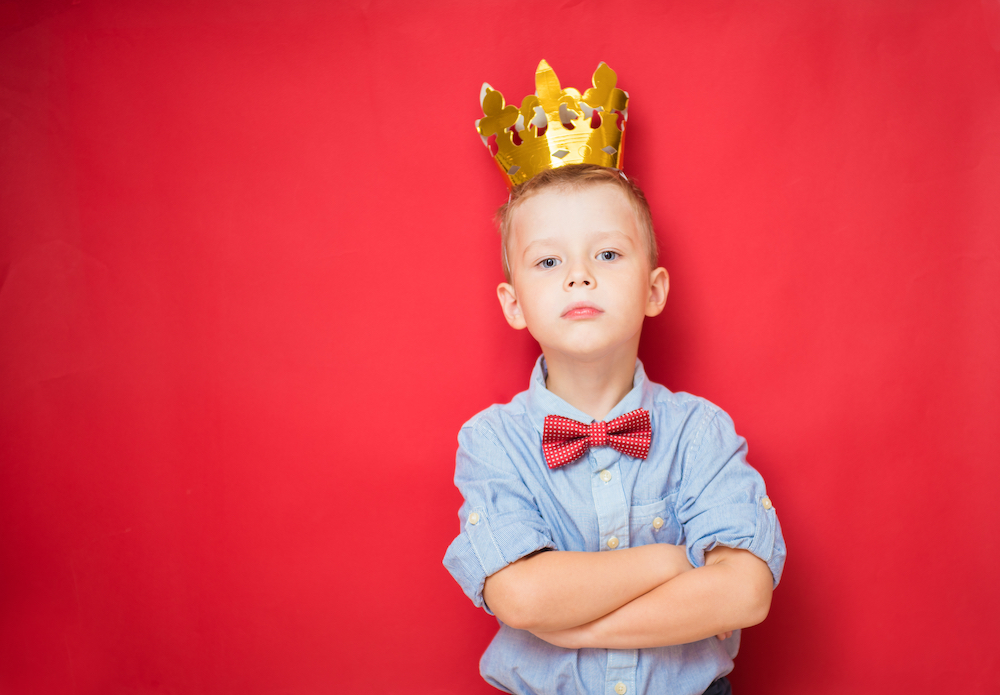 Scene: An adult dinner party at your home.

You: [Pouring a glass of water for one of your guests.]

Guest 2: [She hasn’t touched the second piece of apple pie she specifically requested 45 minutes ago; you are now clearing the table.] “This?” [She gestures to the uneaten pie.] “Yeah, I don’t want it. I just like to do that.” [By “that,” she means asking for food she has no intention of eating.]

Guest 3: “I’m hungry! All that food was totally gross.”

Guest 4: Later, you’re in the kitchen, having a conversation with your spouse. Guest 4 storms into the kitchen, wedging himself between you and your spouse and interrupting you mid-sentence. “Why are you playing this stupid music?” he whines. “I hate this music. I want to listen to my music.”

There are several words I can think of to describe these guests, most of which are unfit for print in a family magazine. But I think most of us would agree that, if nothing else, these guests are a bit rude. Entitled, perhaps. And definitely not people you’re planning to invite back over to your house anytime soon.

I imagine it will come as no surprise that these “dinner party” moments are actually real-world encounters I’ve had with a small assortment of young children, repackaged into an adult situation to highlight their absurdity.

Seriously, sometimes it seems there’s no end to the obnoxious behavior we will accept from children — behavior that, if it was expressed by an adult, would be considered the height of audacity. The whiny child demands, and we hop to it. The stubborn child refuses to leave, so we stay. Why?

I think it might have something to do with our fears of crushing our children’s spirits.

In her book, Bringing Up Bebe, Pamela Druckerman addresses these concerns: “It’s very hard to know where the correct limits lie. By forcing Leo to stay in a playpen or in the sandbox, am I preventing him from one day curing cancer?

“Where does his free expression end and pointless bad behavior begin? When I let my kids stop and study every manhole cover we pass on the sidewalk, are they following their bliss or turning into brats?”

So what to do? Just let the kids walk all over us, hoping they’ll somehow pick up better habits along the way? I say no. I mean, I literally say “no.”

Frustration is a part of life, and in my view, children might as well start learning about it early on. So when your child demands something you don’t want to give him, you’re allowed to refuse.

And while we’re on the topic of unreasonable demands, let me address the topic of negotiation. Although there is certainly a time and place for empathetic listening (“I hear that you want to drink a Diet Coke.”), accepting your child’s emotions without judgement (“You’re upset that I won’t give you a Diet Coke. You’re very frustrated right now.”), and working toward a compromise by offering options (“Would you like some water or orange juice instead?”), there is also a time and place for unilateral decision making.

Overwrought negotiation strategies are appropriate when choosing a college or resolving a marital spat — not when responding to a child’s passing fancy. When my little son asked me for a Diet Coke, I didn’t agonize over my response.

“No,” I said. “In this household, children do not drink Diet Coke.” That’s it. The end.

But your job isn’t to give in to your child’s every demand in a desperate attempt to be liked. Your job is to help your child develop into an adult who doesn’t bark orders at his underlings at work or expect her partner to be forever at her beck and call.

Like I said in my very first toddler column, remember: You’re the decider.