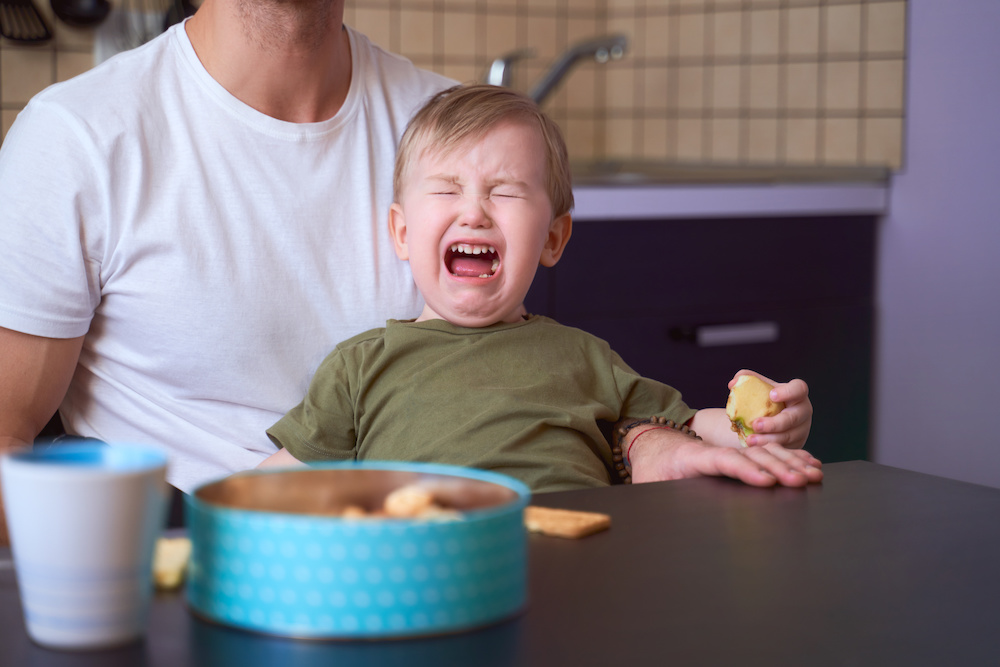 “We’re a nation in thrall to a tantruming two-year-old.” — Me, in conversation with myself following the first presidential debate.

I was all set to write a hopeful column featuring my “winter pandemic survival tips.” Parenting during times of stress is hard, and after going through some challenging times (my husband’s cancer treatment, for example), I thought I might have some hard-won lessons worth sharing.

But then I watched the first presidential debate between Trump and Biden, and now I can’t think about anything else.

The dark side of toddlers

I’ve already written about the “rise of the child king,” a distressing phenomenon I’ve noticed in my day-to-day life as a parent. Perhaps you’ve noticed this trend, too: children who interrupt conversations; children who make unreasonable demands; children who say rude, inappropriate things with impunity.

When the child king grows up

The first presidential debate has a lot to teach us about managing the challenging behaviors of out-of-control toddlers. It’s too bad that this cautionary tale features the president of the United States, but hey, lemonade from lemons, right? Here are some of the lessons I gleaned from that alarming display on September 29:

This is Toddler 101: the toddler wants attention and is pitching a fit to get it. As long as the toddler doesn’t pose an immediate threat to himself or others, let him cry it out. Any attention will just add fuel to the fire. (In other words, mute the mic.)

During the debate, Biden tried to explain something with numbered steps (e.g. “Number one, America needs to…”). When he got to step two, Trump interrupted him, saying, “No, you’re a number two.” Let’s all meditate on that for a moment.

Is this the president of the United States, or some dunderheaded fourth grade bully? Toddlers are all about “going low.” Now is not the time for “radical vulnerability.” Choose your words carefully. Give them nothing to work with.

Toddlers say the darndest things, amirite? Things like, “You’re stupid” or “That cashier is really ugly.” Sometimes presidents say naughty little things too; things like, “Proud Boys: Stand back and stand by.”

Do we accept this kind of rhetoric in the land of the free and the home of the brave? No, we do not. When a toddler says something completely beyond the pale, it’s the parent’s job to intervene and embrace the teachable moment. (Or again, if it’s too late to offer guidance: Mute the mic.)

Have you ever tried to negotiate with a toddler? It rarely ends well. Similarly, the presidential debate featured endless cringe-y exchanges between Trump and Chris Wallace, the moderator, during which Wallace pleaded with Trump to stop interrupting, to follow the rules like he said he would, and so on and so forth.

Toddlers do not negotiate. They are not governed by reason. They are, in fact, governed by the big feelings they are unable to express in a socially acceptable way. Which brings me to my last lesson:

Lesson #5: Bring out the hook

Sometimes, despite your best efforts, your toddler simply goes off the deep end. When this happens it is often best to hold your head high, gently but firmly hoist your toddler like a rolled-up area rug and swiftly remove them from the scene.