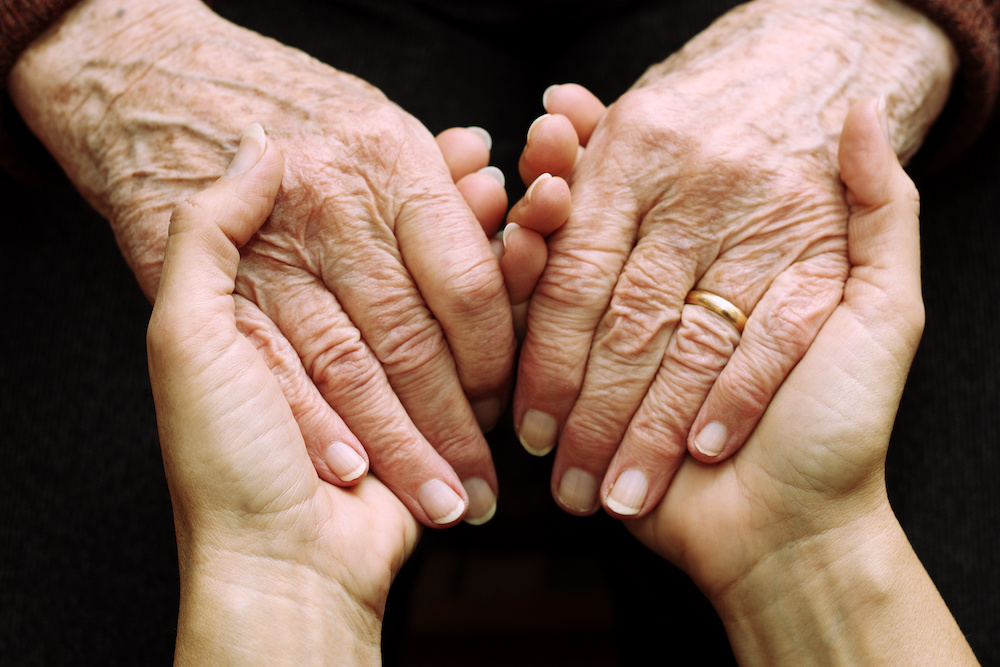 We were sitting outside by a pool, 6 feet apart. My grandma looked the same as she always did — she was honestly ageless — though a few pounds thinner. We had just celebrated her 94th birthday in her front yard as she looked on from her porch a month earlier, just a few months after she learned she had terminal cancer. Her brown-black eyes sparkled, and then softened. She said, looking directly at me, “I just want it to be normal. I’m just going to make the best of the time I have left.”

She was always a pragmatist. More than once she told me, “Play the hand you’re dealt.” In many ways, she was my opposite. But she had also survived a lot of honest life heartbreak and I took her advice to heart. I marveled at her stoicism and resolve. Certainly I’d be on the floor, crying, listening to my saddest records on repeat.

After her surgery this spring, I called her three times in one day, which was a record in the entirety of our relationship. When she answered, I said, “You can’t get rid of me today, Gram!” She sing-songed, “Kates, I wouldn’t want tooooo.” It’s a tiny, tiny, tiny spliced second of all the time we spent together that I will carry in a tiny tape recorder in my brain, and take out and play into my ear when I miss her.

She died two months after our visit outside. It’s a lot, on top of all the other loss in our lives over this past year. I’ve gotten sucked into the bog of Everything Is Terrible on a daily basis. I adopted a mantra of “one foot in front of the other,” trying to manage my disappointment, resentment, and overwhelmedness into tiny Bird-by-Bird pieces — have you read this book by Anne Lamott? — and I’ve been just OK at it. At best.

Recently, Ruby told me that some parts of being home are more fun than in the Before Times. “I get to see YOU all the time!” she delightedly told me. Ah yes, cranky, stressed, mood-on-a-knife’s-edge delightful ol’ me. But while I was on Zoom calls, she learned to manage second grade like a boss, and even made peanut butter sandwiches for herself and her brothers. Most of the peanut butter even made it onto the bread. Sorta. I watched Eero, 3, just out of the camera’s view, start to add arms and legs and eyes and hair to his drawings, unprompted. I heard Remy joyously tell his kindergarten teacher through his Google Meet how we went on a hike up a MOUNTAIN (er, a hill in a St. Paul park) and that he had a LONG DANCE PARTY with his family WAY PAST BEDTIME.

This stuff I would have missed. And we did have a really good dance party. Way past bedtime. I worry that looking back, my children will remember this time as stressful and sad with cranky parents. But maybe not. Maybe they’re playing the hand they’ve been dealt. Maybe I need to pay closer attention to Grandma Jeanne’s lesson.

I want it to be normalish again soon. For all of us to be together. Everything in its rightful spot, or moving toward a better spot. For all of us. For now, we’ll make the okayest of it. I hope you do, too. Stay in touch.

Katie Dohman lives in West St. Paul with her three kids, two dogs, one cat and one husband. She loves them a lot, which is good, because she can’t remember the last time she slept a whole night through.